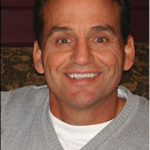 I was born in New Hampshire and raised in New England in a family of ten children by loving and caring parents. Dad was faithful to bring us to church throughout our formative years, and for me, always against my will. I did learn basic Biblical concepts such as the 10 Commandments, and the overall history of man and God as told in the Bible. But it was never personal for me. I viewed it as a historical account of things that happened in the past, so God never was personal to me nor was religion genuinely real for me. Sports and education were a big part of my life – my oldest brother played professional baseball for a number of years and so I grew up in a very sports centered home. My father was a principal of high schools his entire career so education was important as well. But there was also another culture that I grew up with – alcohol. I did well in school, succeeded in athletics and learned to drink at a very young age. It was the best of times or so I thought until I was dumped by a girlfriend of over two years. That pain spiraled me into a life of brokenness and resentment toward God. If he was real and cared about me he would never have allowed this to happen. The only thing that seemed to help drown my pain was alcohol so I drank more, but the pain never subsided. After graduation from high school I went to live by myself in the woods of Maine at a friend’s hunting cabin. I lived in solitude searching for meaning and purpose to life, at this point I could find neither. I became reckless with alcohol and drugs doing many stupid and foolish things that put my life in danger. Finally, one night in desperation, on a rock face in Maine, I cried out to God: “God, if you are real, show me! God, if you exist, lead me to yourself!” I did not know then but God promises from the Bible whoever seeks Him will find Him. Deuteronomy 4:29 “But if from there you seek the LORD your God, you will find him if you seek him with all your heart and with all your soul.” Did I find God that night? Not exactly, but something did happen. Strangely, I began to have a desire to read the Bible. I read it all the time and time was something I had plenty of living in the woods of Maine. I began journaling things that God spoke to me from the Bible. My hunger to know God began to intensify. It was a crazy time, the boy who never really believed God was real now was hungering for God. Something else began to happen: I started feeling guilty for my sins – all of them – bitterness, anger, drunkenness and sexual sin. A few months passed and my oldest brother, now a football coach in Minnesota, recruited me to come west to play football. It was the perfect opportunity to start a new life and a new way of life – seeking God. A few years later, on a cold night in February, God spoke to me in the most profound way – to my heart – showed me that Jesus is real, He died for my sins, and the only way to a true relationship with Him was through Jesus Christ. What began as a journey seeking God ended with finding a relationship in Jesus Christ as my Savior, healer and restorer. That night I prayed to receive Jesus as my Savior, I am warmly reminded of another Bible promise: Acts 2:21 “And everyone who calls on the name of the Lord will be saved.” Now, after all these years, God has raised me up to be a pastor to proclaim these and so many amazing promises from His Word.